Water pump running after shut down

#1
Just got the car out of the shop for a software update and have an entirely new sound after shutdown. I believe it might be an electric oil or coolant pump running near the turbo. This is now happening every time I shut the car down and has never been noticed before.

I always drive the last few miles easy and occasionally the fan will run a bit but have never noticed the water pump like this, even when engine temps are mild it's running this pump.

Just curious if this change was part of the update and/or if it's normal behavior.
Last edited: Jan 5, 2020

#2
Short video of it, anyone have this?

Staff member
#3
Have this as well. Not sure what pump it is, but I believe it would be an oil pump to increase longevity of the turbo (for the folks who don't properly cool the car down).

#4
I believe it's the electric coolant pump to cool the turbo after shut down, circulating coolant while static cools the bearing cassette to help prevent damage and oil burning (remember no oil circulates while the engine is off but the turbo still spins.)

Hyundai has been using this system since they went to the turbocharged gas engines. This is why it's no longer necessary to idle turbocharged cars, after you finish driving to let the car cool down.
D

#5
R Veloster N said:
I believe it's the electric coolant pump to cool the turbo after shut down, circulating coolant while static cools the bearing cassette to help prevent damage and oil burning (remember no oil circulates while the engine is off but the turbo still spins.)

This is why it's no longer necessary to idle turbocharged cars, after you finish driving to let the car cool down.
Click to expand...
I still put it in ECO mode when I enter my neighborhood to decrease the likelihood of the turbo spoiling before I shut the car off. I still get the behavior described above - modern technology is great hey?

Also keeps it quieter and thus neighbor friendly. A mate and I refer to ECO mode as “cool down mode” (both us and the N) - that’s all it’s good for ;-)

#6
There a two water pumps on the VN and i30N. One mechanical for the engine and one Electric Water Pump (EWP Part #36900) for the turbo. #7
R Veloster N said:
There a two water pumps on the VN and i30N. One mechanical for the engine and one Electric Water Pump (EWP Part #36900) for the turbo.

Click to expand...
And this circulating coolant is sufficient to protect the bearing from the oil burning? I mean, in this case the oil stands static in the bearing cassette and has direct contact to probably pretty hot surfaces. Is it official communicated by hyundai, that the idle is unnecesary?

#8
I suppose time will tell, won't it? Oil film remains on mechanical parts. However, there is no cooler oil being circulated once the engine is shut off. With the addition of supplemental coolant, the bearing cassette will have time to cool down.

I believe by adding the EWP as Hyundai has in all their turbo applications, you can say it's official.VW and Audi have utilized a similar system for about the same amount of time.

#9
I was just informed by my service department there is definitely no electric water pump so this new noise I'm hearing can't be that. They also confirmed the only software update addressed the knock detection and no other updates were "rolled in" with it so I'm at the point I believe my best course of action is to ignore it until an actual problem manifests.

But yes, I do know there is an ewp designed to run after shutdown just not sure why it never ran audibly prior to this update.

#10
Then why is it listed in the parts schematic shown above? Could it be, your service department really doesn't know or are not aware? 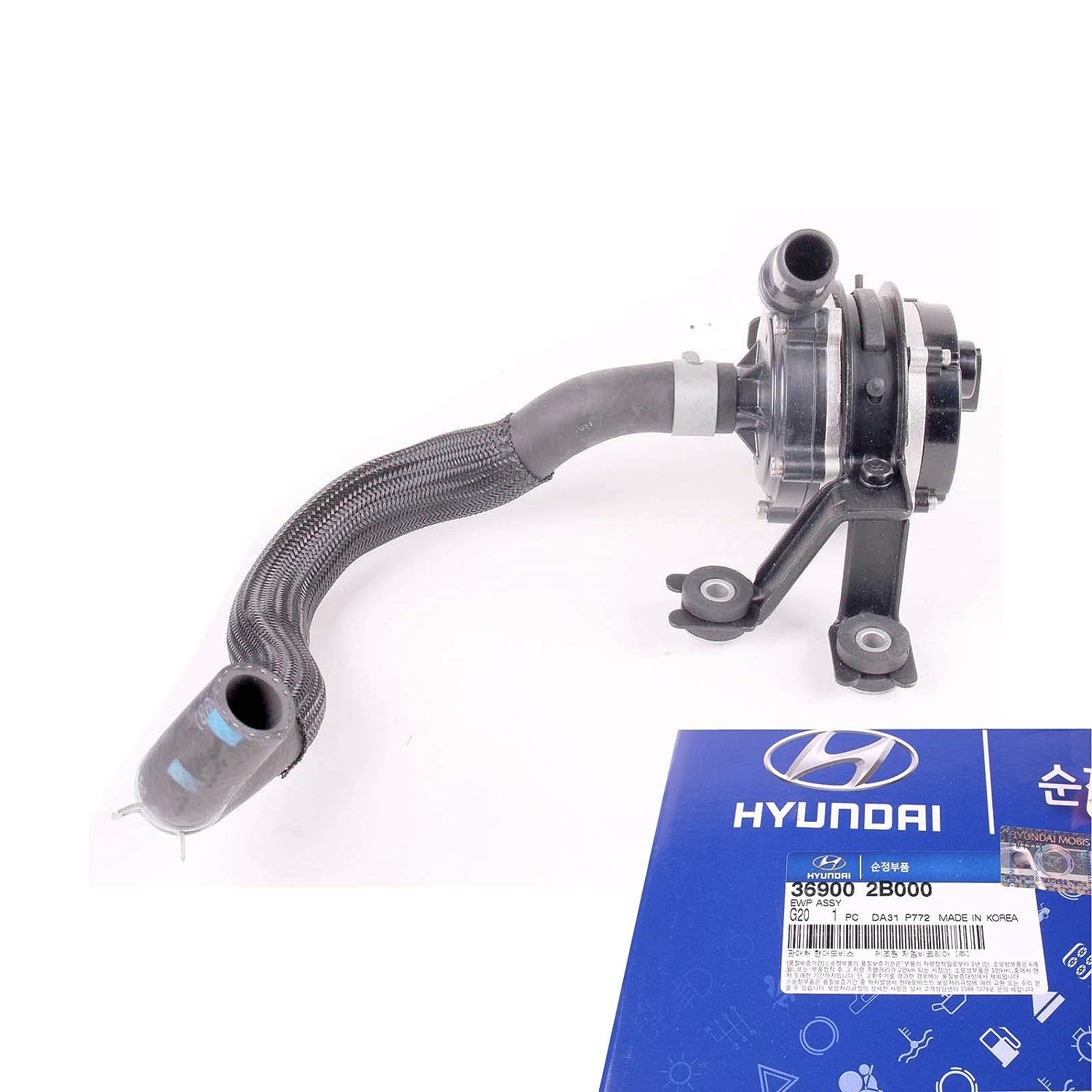 #11
I would guess unaware, either way it doesn't seem like any service visits I make will result in an accurate answer or a better running car.

This is probably a normal functioning pump but they want to keep the car for diagnosis. So likely a week later after 100 miles of test driving that will be the answer. No thank you.
Last edited: Jan 7, 2020

#12
The pump is utilized on turbo Hyundai's and Kia's alike. I know where it is, what it connects to and how it sounds.

Yes, I've heard it run and determined it to be this particular pump. Mine is very quiet but this will change I imagine with extended mileage. I went out and confirmed it yesterday after a hard run. You have to actually be listening for it, with the hood up in my case. I can't hear it with the hood down.

@Nomad17 I've got a excellent service department and I don't listen to service reps. I also make myself aware of serviceable parts that simply wearout. The service manager and I have an excellent rapport and he's got two great mechanics that are old hands. They don't BS me and we talk every time I'm in the shop. I've never caught him a lie during our conversations. He's a tuner himself and enjoys it.

Staff member
#13
Weird. Even this article talks about the VN/i30N engine having the waterpump for the turbo.

#14
Well I never heard it until this most recent dealer visit and pop my hood on a daily basis when I get home so it's definitely louder now. I suppose once I STOP hearing it from this point on is when I should be concerned.

#15
I believe it's simply a lack of familiarity with the VN and i30N and also being tech savvy. I've found the more I technically talk to mechanics about the VN, the less they actually know.

If you don't have an interest and don't have an ongoing education in technical advancements and updates, they're not going to know.

Nomad17 said:
Well I never heard it until this most recent dealer visit and pop my hood on a daily basis when I get home so it's definitely louder now. I suppose once I STOP hearing it from this point on is when I should be concerned.
Click to expand...
It's an electric motor and what I know of them in other cars and appliances are, they make noise. Some louder than others. For instance; I recently replaced an electric motor on a fairly new small refrigerator. It was making noise, so I assumed it was going bad and replaced it with a new one. Come to find out the newer motor made more noise than the original. Go figure! So now, I've kept the old motor as a backup.

Now, I just pop the side of the refrigerator with an open hand once in a while and it goes nearly silent.

In your case, it's possible it could be the mounting points or the motor mount itself. (see photo) . However, I don't believe it's anything to worry about. At least you know it's operating and you've got a good warranty.

Honestly, I really try hard not to comment unless, I've experienced something similar, exact or have some knowledge of it. I don't know everything but I'm game and eager to find out. It helps my mind stay active and aware. I don't like to lead others down the wrong path, so to speak. It can create confusion and frustration for them, as well as myself.
Last edited: Jan 7, 2020
You must log in or register to reply here.
Share: Facebook Twitter Reddit Pinterest Tumblr WhatsApp Email Link
Top