Car moves when left in gear?? holy moly. I almost never use the handbrake, unless on a hill. And even then i dont overdo it, 2 clicks is plenty for a small slope. Keeping it in 1st gear or Reverse gear is enough for me most of the time.
M

I have just got my i30 N back from the dealers and they have said there is nothing wrong with the rear brakes which seized over Christmas. Hyundai assistance released the brakes but damaged the pads in the process. They have charged me £242 ! to change them as they will not be replaced under warranty even when the brake fault caused this. They have said they haven't seen this issue before but there are plenty of owners on here with the same problem.

Not happy with the outcome and have contacted Hyundai UK who are looking into it. Not sure how a car with a five year warranty and 7000 miles on the clock has this issue they even hinted that I did not drive the car enough which may be the reason why the rear brakes seized!

Hyundai now charge £75 labour just to look at your vehicle even if its under warranty and refund this if the fault is covered under the warranty but if no fault can be found or its not covered then you pay the £75 even if the car is a week old please be mindful of this in the future.

There's an active thread and discussion here for this issue; https://n-cars.net/forums/threads/dusting-pad-disc-wear-sticky-handbrake.985/page-5#post-46245

This morning when I was leaving for work, I started the car normally, engaged reverse, released the handbrake then attempted to reverse out of the garage.

Car wouldn't move. I checked that the handbrake was off but still immobile.

I assumed that the handbrake was just stuck and gently released the clutch and applied accelerator. Then with a bit of a bang, it released and I was on my way.

Is this something that I should get checked? Would there have been any damage? Handbrake seems to be working fine now.

Thank you for any responses/advice.

Sounds like the brake pads were stuck to the discs. Common problem (also happens to me). Usually after its rains or you wash the car and the handbrake is left on. Doesn't usually cause any damage (unless it sticks so hard that it can't be released), but the huge clunk is a bit disconcerting.

Also, there is a separate thread on this.

Thanks for the reply. Makes sense now as I had washed the car the day before.

Sorry about starting a new thread. Mods, please merge with the existing thread.

Anyone have trouble with their handbrake sticking on (particularly in rainy conditions) after leaving the car sitting for 2-3+ days? Not the handle on the interior, like the pad is stuck to the rotor and the car won't move in gear. Mine wouldn't budge yesterday and it isn't the first time it did it. Had to put a breaker bar between two large sockets on the lugs and pry the wheel free. I understand a little bit of sticking but it was stuck so hard it stalled the car in 1st and reverse trying to get it to move.

It's happened to me a couple of times when i've left it a few hours after washing.

Hi all,
Does anyone have the same problem as me with the front brake pads sticking to the discs after leaving the car for a while. It usually happens when it’s been raining and driving in the wet or even when I’ve washed the car.

High iron-content discs can surface-rust pretty badly even if left a short while in the rain / damp, causing the pads to stick.

Yep, and over night is enough for them to stick hard, after handbrake was used.
R

The N can be very sticky! Mine was so stuck, it looked like the handbrake was still fully on. Floored it forwards, backwards, no freaking movement. It really took a couple attempts with some decent power before it broke free!

RemcoV said:
The N can be very sticky! Mine was so stuck, it looked like the handbrake was still fully on. Floored it forwards, backwards, no freaking movement. It really took a couple attempts with some decent power before it broke free!
Click to expand...

It was never that bad for me. I could start normally, but i would hear a "THUMP" and feel a little withhold, but nothing like your experience.

Threads merged again. Search engine is your friend, folks - please get to know it
Reactions: CleanSlate, Kev_G, Bu11eT and 1 other person
A

No they don't have to skim the rotors, just change the pads to EBC Ceramic Red Pads. They work as good or better then the OEM units and eliminate the metallic pads that cause the problem.

The rotors aren't solely the issue anyway. The metallic OEM pads rust on the cast rotors. When they break free, some of the material from the pad sticks to the rotor. Normal use will remove it but the pads will often wear uneven and cause some pulsing in the pedal.

If the rotor needs to be scuffed; all that's needed is some fine metal sandpaper and scrub the rotors vertically around its circumference. or utilize a brake hone which is quicker and more efficient. It will also remove any previous material and help with any squealing from the brakes. Won't get rid of it all but most. If they still squeal on application, use some anti-squeal compound on the back of the pads and it will stop. 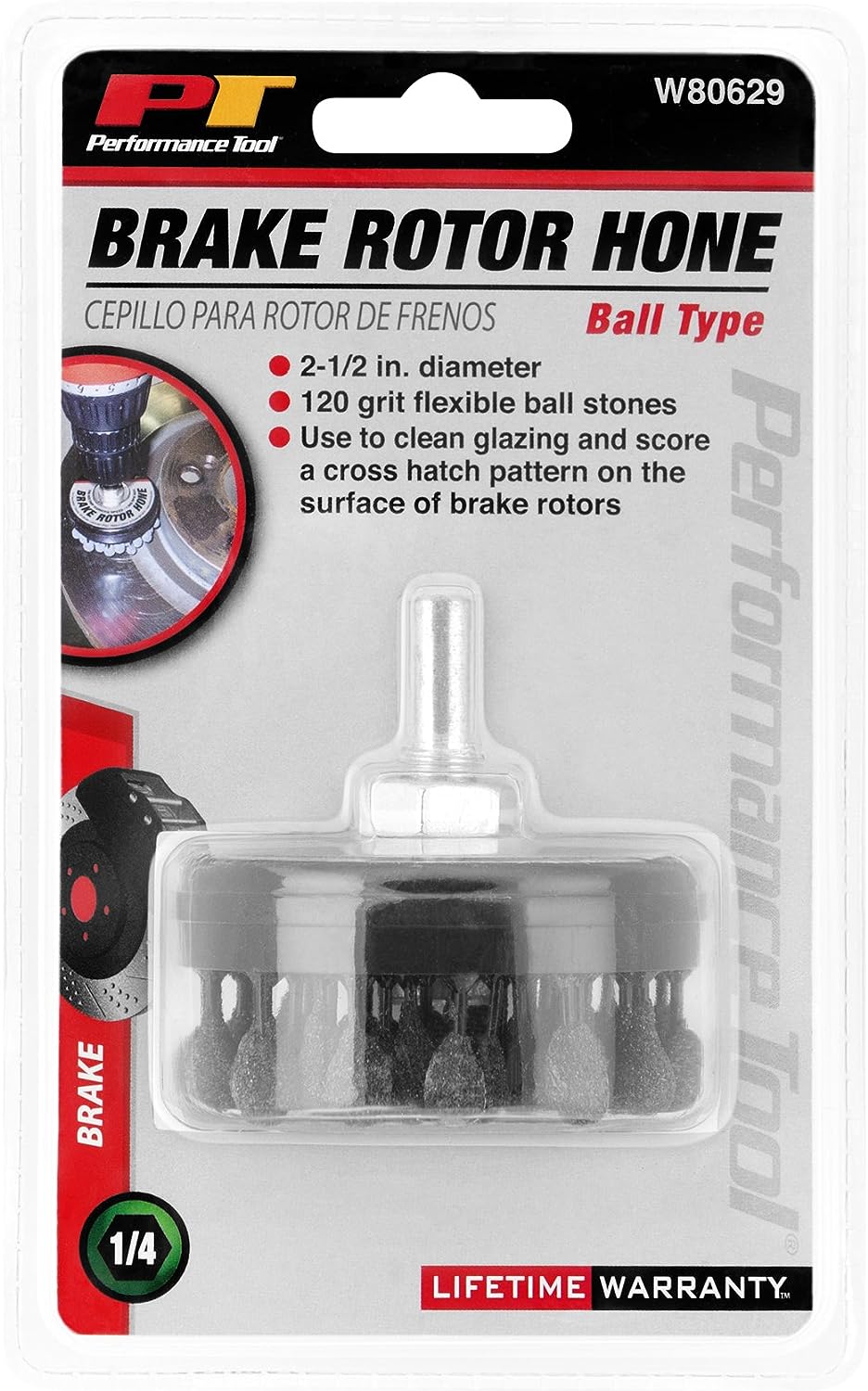